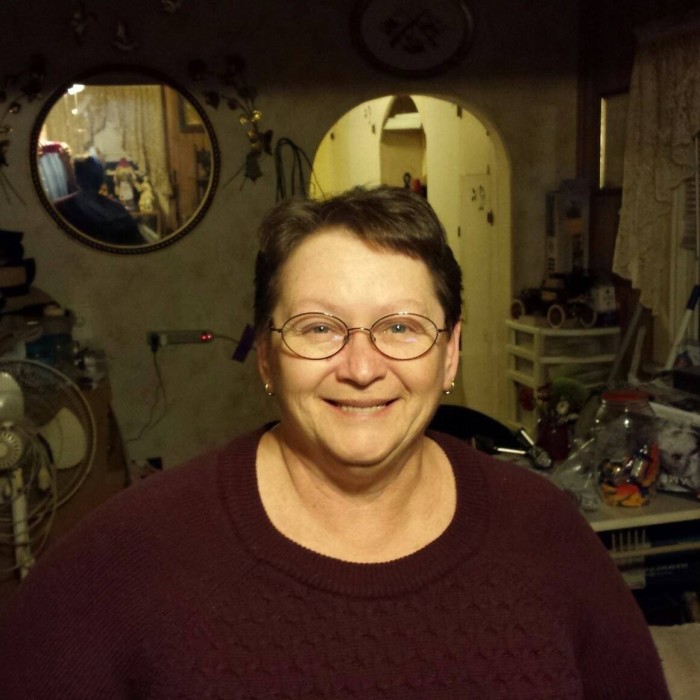 Ethel L. “Lori” Rogers, 65, of Des Moines, passed away at HCR ManorCare in West Des Moines on Friday, January 10, 2020 while under the care of her family and Suncrest Hospice. A funeral service will be held at 11:30 a.m. on Wednesday, January 15, 2020 at Abels Funeral and Cremation Service, Creps Chapel in Eldora. Burial will follow at St. Mary’s Catholic Cemetery in Eldora. Visitation will be held one hour prior to the funeral service at the funeral home. Memorials may be directed to the family.

Lori was born November 30, 1954, in Marshall County, Iowa. She was the loving daughter of Jesse and Leona Mae Vibbard. She graduated from Beaman Conrad High School in 1973. On March 27, 1982 Lori was united in marriage to Tom Rogers at St. Mary’s Catholic Church in Eldora. They made their home in Eldora where Lori worked for Valley View Nursing Center as a CNA.  Their daughter, Trisha, was born on August 30, 1982 in Iowa Falls. Tom and Lori moved to Des Moines in February of 1987. Their daughter Alyssa was born in Des Moines on February 6, 1992.

Lori loved bowling on leagues, crocheting all kinds of items, tending to her beautiful flower garden and sewing. Lori shared her beautiful creations with all the special people that came into her life. Lori had an infectious smile, laugh and sense of humor that would light of any room she was in. Her greatest joy in life came from family and grandsons. She was also famous for her Jell-O shot and her peanut butter Rice Krispie bars at all family get togethers.

Lori is survived by her mother Leona Vibbard of Liscomb; loving husband, Tom; daughters Trisha and Alyssa; grandsons Jesse, Randy, Sebastian and Kalib, all of Des Moines; brother Allen and wife of Liscomb; sisters-in-laws and brothers- in-laws, Deb and Tom Priske of Eldora, Mike and Kelli Rogers of Eldora, Mary and Dale Graffunder of Ely, and Ed and Jamie Rogers of Clive; along with many aunts, uncles, nieces, and nephews.

To order memorial trees or send flowers to the family in memory of Ethel "Lori" Rogers, please visit our flower store.