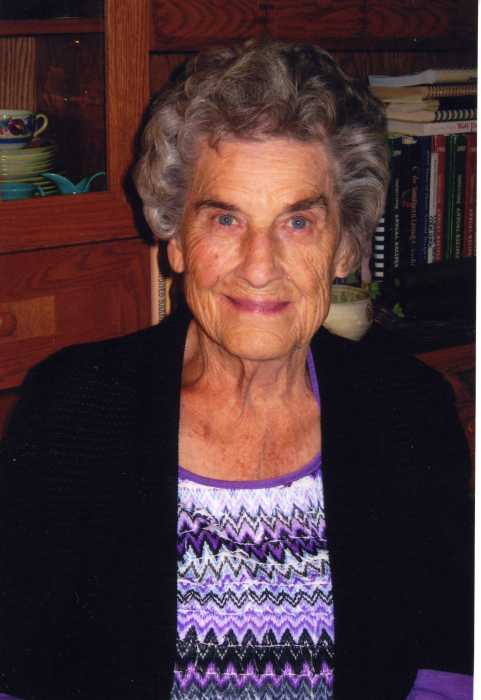 Betty was born September 8, 1922 on the family farm near Aurora, Iowa in Buchanan County, Iowa. She attended the local one room country school and then the high school in Independence, Iowa, where she stayed in a boarding room home during the week, going home to the farm on the weekends and graduating in 1939. Upon graduation, she attended the Teachers College in Cedar Falls, Iowa and then returned home to teach in the same one room country school she had attended as a girl. After several years of teaching, she went on to attend Iowa State University and earned her degree in Home Economics. Her first job was as the Home Extension Agent in the Grundy County Extension office in Grundy Center, Iowa. It was during this time she met Wayne. They were united in marriage on December 3, 1950 at the Presbyterian Church in Independence, Iowa. Continuing to live in Grundy Center, Betty was an active member of the Bethany Presbyterian Church as a Sunday school teacher and member of women’s groups. She continued to be very involved with the Extension office and 4-H clubs thru out the area, judging at many county fairs, including the Iowa State Fair and the Cattle Congress in Waterloo. Tending a large garden, she froze and put up many canning jars of produce. All the while, loving and caring for her family.

In 1972, Wayne and Betty and family moved to Carbondale, Colorado. She there became a very active member of the Carbondale Community Methodist Church, where she so enjoyed helping and cooking meals for others. She continued to be involved with 4-H and judging at county fairs in Garfield and Pitkin County and other surrounding areas. She was a member of OWLS and Red Hat. She loved playing the piano and reading, knitting and sewing. She began her enthusiasm for football while attending Iowa State and continued thru to the last.

Most of all, she loved and cared for her family. She was the most loving wife and Mother, Grandmother and Aunt. She especially loved her Flickinger Family Reunions.

To order memorial trees or send flowers to the family in memory of Elizabeth "Betty" Fonken, please visit our flower store.