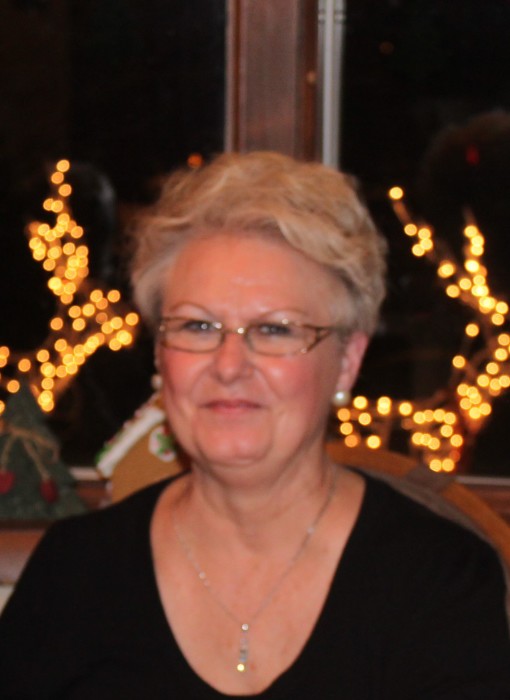 Elizabeth Ann Steinfeldt, 70, of Perry, IA, formerly of Steamboat Rock, passed away on December 1, 2018, at the Perry Lutheran Home in Perry, IA. A visitation will be held on Thursday, December 6, from 5-7 PM at Creps-Abels Funeral Home in Eldora. A funeral service will follow on Friday, December 7, at 10:30 AM at St. Paul Lutheran Church in Eldora with Pastor David Splett officiating. Visitation will resume at 9:30 AM at the church.  A private inurnment will be held at a later date. Memorials may be directed to the family to be donated to a cause of their choosing at a later date. Creps-Abels Funeral Home is taking care of Elizabeth and her family. Online messages of condolences may be made at www.abelsfuneralhomes.com

Elizabeth Ann Steinfeldt was born on December 16, 1947 in Mason City, Iowa to her parents Anthony and Helena (Rhunke) Thilges. She pursued her schooling in Iowa Falls and graduated with the class of 1967; while attending school, she held the coveted title of “badminton champion”. Elizabeth was united in marriage to Duane Steinfeldt on October 3, 1969 at St. Paul Lutheran Church in Eldora. Duane and Elizabeth moved to Steamboat Rock where they made their life together. She worked briefly at the Carousel in Eldora and later the Green Door as a cook. Elizabeth eventually started her own cleaning business after helping Duane for a short time.

Elizabeth was the matriarch of her family and was always hosting family events and entertaining guests. She was selfless and cared deeply about others and her community. Elizabeth was well known for her decorating abilities and she won many awards for her colorful and tasteful Christmas decorating. Elizabeth lived vicariously, and was known to attend Nascar races, band concerts and Iowa Hawkeye games. She loved spending time with family and friends, but especially her loving daughters. Elizabeth supported Jennifer on the softball field and all her sports endeavors; she enjoyed cooking and making crafts with Krystal and they were known to have Sushi and martini dates. Elizabeth was a woman who lived her life as bright as her Christmas decorations and she will be missed dearly by all that knew her.

Elizabeth is survived by her children Jennifer (Matthew) Meinecke of Jamaica, IA, and Krystal Steinfeldt of  Urbandale; brothers Ernest Thilges of Ball Ground, GA, and Tony (Karim) Thilges Jr. of Hubbard; sisters LeeLannee (Larry) Stine of Estherville, IA, and Marie Rameyer of Iowa Falls. She was preceded in death by her parents and husband Duane.

To order memorial trees or send flowers to the family in memory of Elizabeth Steinfeldt, please visit our flower store.