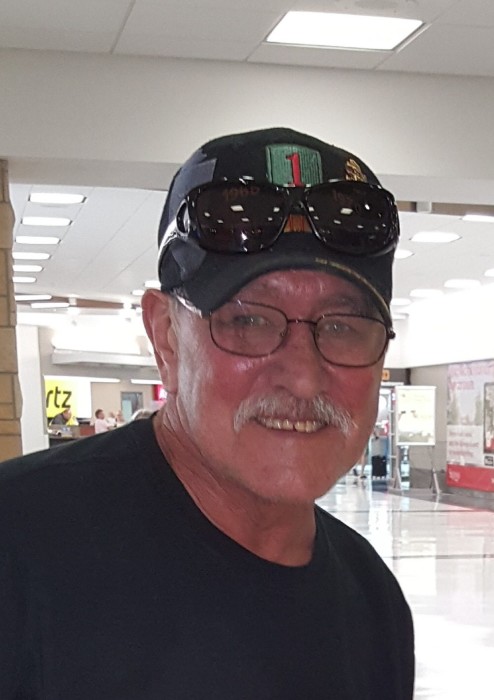 Edwin “Butch” Carl Ash, 72, of Grundy Center, passed away on Saturday, May 2, 2020, at the Grundy County Memorial Hospital in Grundy Center. Due to COVID-19, to protect the health and safety of all, services are currently being limited as required by state and local authorities and the CDC. A private burial will be held at a later date. Memorials may be directed to the family to be donated to an avid cause at a later date. Abels Funeral and  Cremation Service, Engelkes-Chapel is caring for Edwin and his family.

Edwin “Butch” Carl Ash was born on February 21, 1948, in Grundy Center to his parents Erwin and Katherine (Groenwald) Ash. Butch grew up and attended school in Grundy Center, graduating from Grundy Center High School with the class of 1967. After graduation, Edwin was called upon by his country to serve admirably during the Vietnam War. Butch served in the Army, being stationed with the first division, “The Big Red One”, and served his country faithfully as his boots were on the ground as an infantryman. After his service to our country, Butch returned to Grundy Center. He would marry the love of his life, Elizabeth Ann Buck, on July 28, 1972, at Sacred Heart Church in Grundy Center. They would make their home on the farm outside of Grundy Center and were blessed with two children, Logan and Regina. Edwin worked for Viking Pump in the foundry alongside some of his brothers. He worked diligently there for over 40 years, later retiring in 2010 on his birthday, to enjoy the fruits of his labor.

Butch was an avid bookworm, amassing quite the collection of books for his own personal library; as technology progressed, he moved over to audiobooks. While he was an avid hunter of deer and pheasant in his younger years, he eventually transitioned to just hunting for deer. Edwin loved his time spent on the farm and especially his garden, where he grew tomatoes and green beans, canning hundreds of jars every year; he was renowned for his homemade tomato soup. Many days, Butch could have been found working hard on the acreage, and he always spent his time and effort assisting others when he could. He enjoyed an ice-cold beer, especially Busch Light. Butch’s favorite time was spent with his family, including his grandchildren who would come visit during the summer.

To order memorial trees or send flowers to the family in memory of Edwin "Butch" Ash, please visit our flower store.