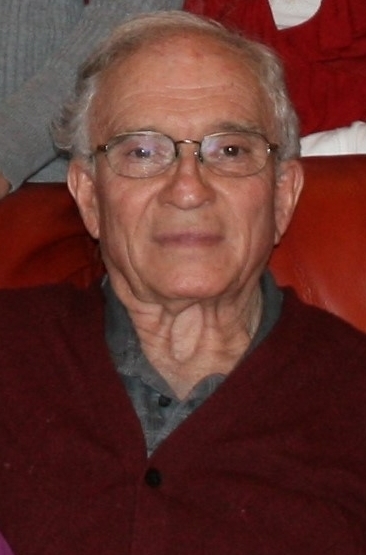 Edward William Philp passed away on Friday, June 2, 2017 at The Life Center in Des Moines at the age of 84. He died of a relatively short battle with cancer. A funeral service will be held on Saturday, June 10, 2017 at 10:30 am at the Union Congregational United Church of Christ in Reinbeck. Visitation will be held one hour prior to the funeral service at the church. Burial will follow the funeral service at the Reinbeck Cemetery. Memorial contributions may be made to the Union Congregational United Church of Christ, 225 Broad St, Reinbeck IA 50669.

Edward was born March 29, 1933 to John and Dorothy (Witt) Philp at his grandfather's farm near Hudson, IA. As a small child, he moved to a farm near Dinsdale, IA where he attended school and graduated in 1950. He played basketball for Dinsdale and in his senior year made it to the state tournament quarter finals before getting beat by a much larger Davenport school. He was awarded a basketball scholarship to Coe College in Cedar Rapids, but attended only a few months before returning home to marry his high school sweetheart, Marian Bicket. Edward and Marian had met at the youth group at the Reinbeck Union Congregational United Church of Christ.

They were blessed with 6 children who were all raised in Reinbeck. Edward intended on being a farmer, but a farm accident detoured him to truck driving and then owning various trucking companies. Edward and his wife Marian moved to Des Moines in 1982, where they retired.

Edward is survived by his 6 children: son John (Roxie) of Omaha, NE and his 5 daughters Susan Philp (Lance Clarke) of Snowmass, CO; Diana (Tim) Adams of Omaha, NE; Linda (John) Wright of Carmel, IN; Sharon (Esfand) Dinshaw of Urbandale, IA and Jennifer (Steve) Johnson of Johnston, IA. He is also survived by his 14 grandchildren Heidi Philp Tennis & Justin Philp; Valerie, Nathan & Ben Adams; Lauren, Stephanie & Tyler Wright; Brandon & Kayla Dinshaw and Alyssa, Spencer, Gavin & Annabelle Johnson. Other survivors are 2 great-grandchildren Brinley Tennis and Hudson Philp and also his sister Marian Lorenzen of Hudson, IA. Also survived by his beloved dog Lucy who was the love of his life. They were inseparable companions.
He was preceded in death by his parents and his wife Marian Philp.
To order memorial trees or send flowers to the family in memory of Edward Philp, please visit our flower store.