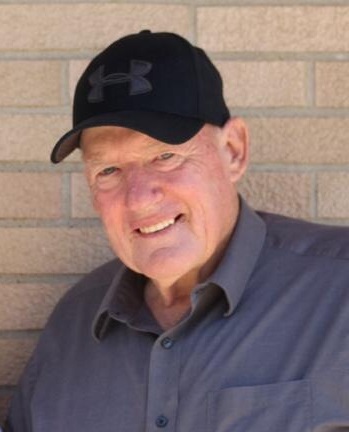 Duane A. “Dewey” Schipper, 75, of Dike, passed away peacefully as the result of a stroke, on Sunday, March 17th at the University of Iowa Hospitals & Clinics in Iowa City. Visitation for Dewey will be held on Wednesday, March 20th from 4:00 PM until 7:00 PM at the Dike United Methodist Church. Funeral services will begin following the visitation at 7:00 PM, at the church. Interment will be held privately by the family. Memorials may be directed to the family, where they will donate to a charity at a later time. Abels Funeral & Cremation Service-Dike Chapel is assisting the family. Messages of condolence or memories of Dewey may be left at www.abelsfuneralhomes.com

Dewey was born on November 15, 1943, in Aplington, Iowa, the son of George & Wilma (Boelman) Schipper. He attended school in Aplington and later began his lifelong career of farming. On May 1, 1964, Dewey was united in marriage to Carol Meester at Bethany Presbyterian Church in Grundy Center. Together, the couple welcomed a son and 2 daughters. In 1999, Dewey & Carol moved to town in Dike, where they currently reside.

He was a member of the Iowa Pork Producers, was a 4-H leader and was on church council, where he also served as treasurer. Farming was the staple of Dewey’s life but above all, his family and spending time with them was the most important thing to him; his grandchildren especially! He was known as “Papa” to not only his grandchildren, but to many other children who knew him. On the Thursday night before his passing, the family was able to spend one last night having a family meal, and his family and grandchildren got in their last big hugs from “Papa.” Dewey was a selfless man, putting everyone before himself and will be missed dearly by his family and friends he leaves behind.

To order memorial trees or send flowers to the family in memory of Duane Schipper, please visit our flower store.