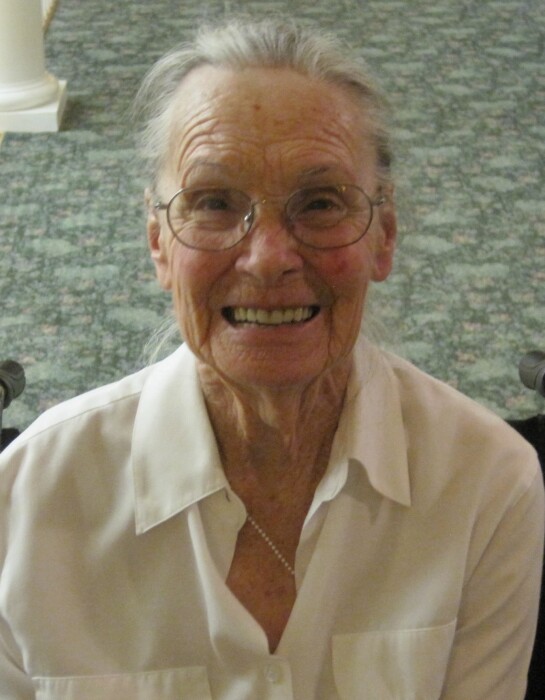 Donna Mae Wiley, 87, of Grundy Center, Iowa, and formerly of Conrad, Iowa and San Benito, Texas; passed away on Saturday, August 15, 2020, at the Grundy County Memorial Hospital, while under the care of Cedar Valley Hospice.  Visitation and services will be held on Saturday, August 22, at the Engelkes-Abels Funeral Home in Grundy Center.  Visitation will be held from 9:30 - 10:30 a.m., followed by the funeral service at 10:30 a.m.   Memorial contributions may be directed in Donna’s name to Cedar Valley Hospice, Grundy County Memorial Hospital or Arlington Place Activity Fund. A committal service at Rose Hill Cemetery will be held following the service.

Donna was born March 4, 1933 in rural Conrad, the daughter of Menno & Katherine “Tena” (Meester) Klunder.  She graduated from Conrad High School in 1951 .  After high school graduation, she completed training at Mercedian School for Practical Nurses at St. Thomas Mercy Hospital in Marshalltown, Iowa.  Donna then worked at the Grundy County Memorial Hospital for two years.

Donna married Vernon Wiley on September 5, 1954.  The couple operated Van’s Steak House in Grundy Center for two years and worked together for many years on the farm.  They loved going to dances in Janesville on Saturday nights.  They also enjoyed trips out West, trips to their fishing cabin in Minnesota and spending the winter in San Benito, Texas.  Vernon died on August 15, 1986; and Donna passed away on the 34th anniversary of Vern’s death.

Donna loved the outdoors including animals, birds, and flower and vegetable gardens.  Whenever the weather was nice, Donna would sit outside enjoying the warm sunshine and the sounds of nature.  While she lived at Arlington Place in Grundy Center, she enjoyed participating in the various activities and working on many kinds of craft projects.

Donna is survived by her sister-in law, Lonna Moravec, and nieces, nephews, cousins, and friends.

She was preceded in death by her husband Vernon Wiley, her parents Menno & Katherine Klunder, her brother Clarence Klunder and his wife Tena Klunder Berhends, brother and sister-in-law Wayne & Rosie Wiley, and brother-in-law Larry Moravec.

To order memorial trees or send flowers to the family in memory of Donna Wiley, please visit our flower store.