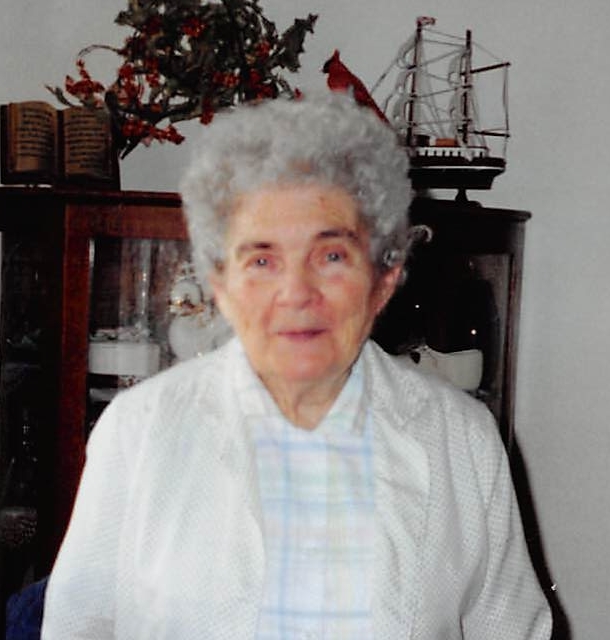 Donna was born on February 13, 1926 in Ackley, Iowa. She was the daughter of Fredrich and Helene (Detmer) Hesse. She attended St. Paul Lutheran Parochial School in Waverly, Iowa and graduated from Waverly High School.

Donna worked at the Lutheran Mutual Insurance Company and the sugar factory in Waverly, Iowa, where she met her husband Ward. She was united in marriage to Ward C. Richards, Sr. on January 20, 1945 at the Methodist Church in Waverly, Iowa. Together they welcomed 6 children into their family. They spent their married life farming in many communities in central Iowa. While raising 6 children, she was a hard worker, with a large vegetable garden, with a pansy bed, roses and raspberries. She was a dedicated help mate to her husband, Ward. Donna also worked outside the home as a cleaning lady for local households. She then became a CNA and worked for a care center in Fredericksburg, Iowa and later in Grundy Center, Iowa.

Donna was a long-time member of the United Methodist Church in Grundy Center. She was a member of WSCS and taught adult Sunday school. Donna had a beautiful soprano voice and sang for many church services, weddings and funerals. She was also a member of the Chancel Choir.

Later in life, Donna was a cancer survivor of non-Hodgkin's lymphoma.

She was preceded in death by her parents; step-mother Opal Chestnut Hesse, husband Ward, Sr. and her grandson Mark Schneider.
To order memorial trees or send flowers to the family in memory of Donna Richards, please visit our flower store.