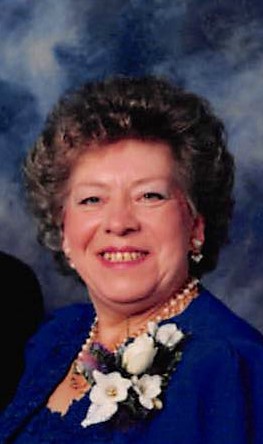 Donna June Korte was born on April 14, 1942, in Reinbeck to her parents Donald and June (Lapham) Rhoades. She attended Reinbeck High School graduating with the class of 1960. Donna attended the Gates Business College in Waterloo and obtained her Associates Degree. After graduation, Donna worked in Washington D.C. for three years as an aide to Adam Clayton Powell. She later moved back to Reinbeck and worked for Standard Oil in their sampling lab and then the Reinbeck Courier. She was united in marriage to Allen Joseph Korte on April 15, 1967, at Blessing Church in Reinbeck. Donna and Allen had two sons Jason and Gary. She worked for GMAC in Waterloo before retiring at Lincoln Savings Bank in Reinbeck, as a loan processor.

Donna enjoyed spending her time with family and friends. She was very outgoing and enjoyed shopping, dancing, listening to music, and watching her two oldest granddaughters play softball. Donna was a member of the “Sexy Girlfriends” and will always be remembered for her memorable laugh.

To order memorial trees or send flowers to the family in memory of Donna Korte, please visit our flower store.