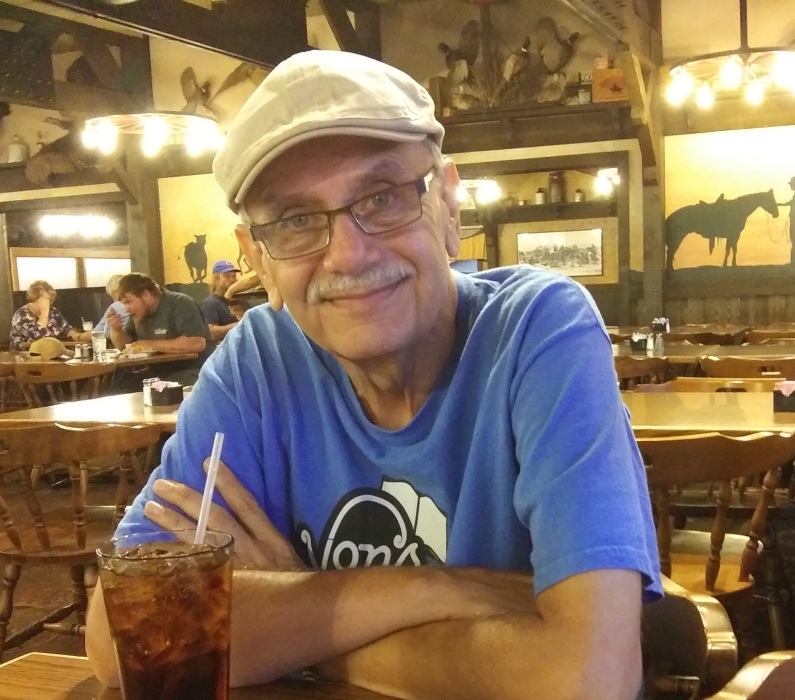 Donald Leroy Osterhaus, Jr., 67, of Grundy Center, passed away peacefully on September 22, 2019, at Grundy County Memorial Hospital surrounded by his family. A visitation will be held on Friday, September 27, from 3 – 8PM at Engelkes-Chapel in Grundy Center with a time of sharing for family and friends at 7 PM. A Mass of Christian Burial will be held on Saturday, September 28, at 10:30 AM at Saint Gabriel Catholic Church in rural Reinbeck with Father David G. Kucera officiating. Inurnment will take place at a later date. Memorials may be directed to the family to start an Academic Decathlon scholarship at a later time in memory of Don. Abels Funeral and Cremation Service, Engelkes-Chapel is taking care of Don and his family. Online messages of condolences may be made at www.abelsfuneralhomes.com.

Don will be remembered as a loving husband, father of three, a brother, a teacher, a librarian, an academic coach, a friend, a traveler, a gentleman and a scholar.

Born in Dubuque, Iowa on March 14th, 1952, to Donald, Sr. and Nancy (Cavanaugh) Osterhaus, he attended Wahlert High School, and went on to earn degrees in English and Humanities with a minor in French through the University of Northern Iowa. He later returned to earn his Masters degree in Library Science.

Don and Cheryl met in 1970 and were married four years later, on June 15, 1974 at St. Mary’s Catholic Church in Grinnell, Iowa.  Blessed with sons Geoff and Adam, and daughter, Ellen, their family grew. The Osterhauses lived and worked in Grinnell, Gilbertville, and Independence, before settling in Grundy Center. There, Don taught, curated and grew the high school and middle school library collection, and coached academic events including Academic Decathlon, Envirothon, Knowledge Master Open, and quiz bowls.

Don was passionate about many things. He was known for his love of reading the written word and enjoyment of cinema. He joined others for trivia and scholarly competitions. He cultivated an appreciation of culture and languages. He enjoyed nature - hiking, camping, canoe trips, and sighting wildlife, especially birds. Fond of games, Don and Cheryl met to partake in Trivial Pursuit parties and often played a simple dice game, Cameroon, with family. Blessed with a beautiful singing voice, he shared his talents for many years as a church cantor. He directed plays at St. John’s High School in Independence and his acting talents were spotlit on the stage at Grundy Center High School and the Waterloo Community Playhouse. He connected with many over a love of music, especially classic rock, always suggesting a favorite deep cut. As a lifelong Chicago Cubs fan, he celebrated in 2016 with many other die-hards when their beloved team won the World Series. His love of travel took him across our country from one coast to the other and then to Europe including France, Italy, Ireland, Scotland, Great Britain, Germany, Belgium, Switzerland, The Netherlands, and Spain.

To order memorial trees or send flowers to the family in memory of Donald Osterhaus, please visit our flower store.