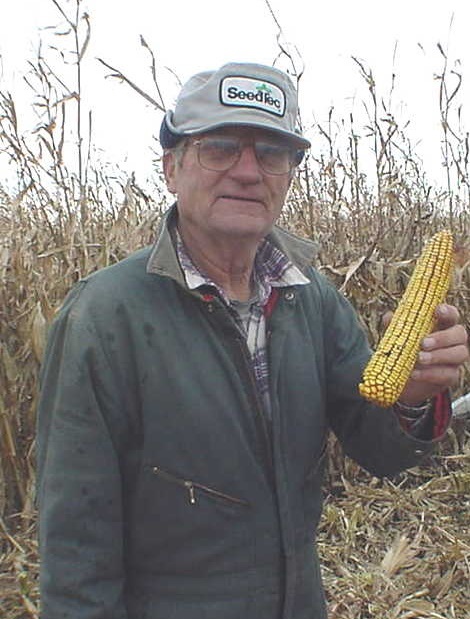 Donald Julius Moye, 86, of Reinbeck, Iowa died on Saturday, February 27, 2016 at Allen Hospital in Waterloo, Iowa. A memorial service for Don will be held at 10:30 a.m. on Friday, March 4, 2016 at the United Methodist Church in Reinbeck, Iowa with Pastor Terry Plocher officiating. In lieu of flowers, memorials may be made to the family.


Don was born December 3, 1929 in Garrison, Iowa, the fourth child to Frances and Elsie (Reinke) Moye. In 1930, Don and his family moved to Reinbeck. He graduated from Reinbeck High School in 1947. He honorably served his country in the U.S. Army during the Korean War.


On February 7, 1954 Don was united in marriage to Shirley K. Barfels in the old United Methodist Church in Reinbeck.


He was an active member of the United Methodist Church in Reinbeck, a Charter member of the Great River Rumble Canoe and Kayak Club and was a member of the Reinbeck American Legion Action Post #242. Don was also past President of the Morrison Reinbeck Co-Op, when the new structure was erected.


He was preceded in death by his parents; a sister Doris Hoel and a brother Kenneth Moye.
To order memorial trees or send flowers to the family in memory of Donald Moye, please visit our flower store.