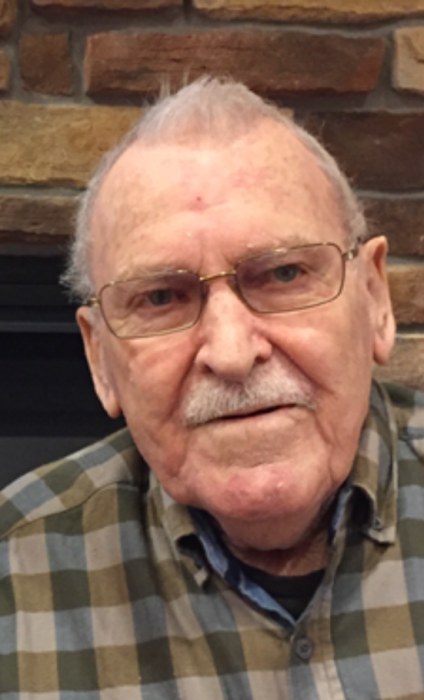 Donald “Don” C. Luchtenburg, 91, of West Des Moines, formerly of Grundy Center, died Tuesday February 6, 2018, at Brookside Assisted Living, Edgewater Communities in West Des Moines. A funeral service will be held on Monday, February 12, 2018 at 11:00 AM at Bethany Presbyterian Church in Grundy Center with visitation held one hour prior to the service at the church. Following services, Don will be cremated and a private burial will take place at a later date. Memorials may be directed to Bethany Presbyterian Church, 315 G Avenue, Grundy Center, Iowa 50638.

Don worked for Brockway Plumbing and Heating in Grundy Center and served as custodian at Colfax Presbyterian Church until 1959 when the family moved to Cedar Falls. That same year, Don Joined Plant Services for the University of Northern Iowa and was named Mechanical Services Manager at UNI in 1978, until his retirement in 1984. Upon his retirement from the university, Don and Darlene moved to the family’s Century Farm in rural Grundy County, where he farmed until 2004.

Don and Darlene remained on the farm where Don enjoyed many hours restoring his 1948 Indian motorcycle and building a small homebuilt aircraft. Hosting many get-togethers on the farm with family and friends was one of their great joys.

In August of 2016, Don and Darlene moved to Edgewater Assisted Living in West Des Moines.

To order memorial trees or send flowers to the family in memory of Donald Luchtenburg, please visit our flower store.
Open