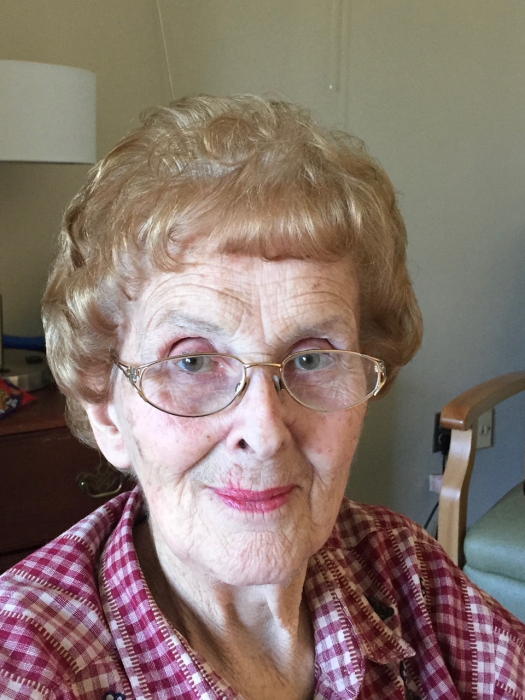 DeLoris Eilers, 86, of Grundy Center finished her earthly work on Friday, April 16 at the Grundy Care Center due to natural causes.

Visitation will be held from 5:00 p.m. until 7:00 p.m. on Friday, April 23, 2021 at Abels Funeral and Cremation Service, Engelkes Chapel. The funeral service for DeLoris will be at 10:30 a.m. on Saturday, April 24, 2021 at Colfax Center Presbyterian Church, rural Holland, where she was a life-long member. She will be laid to rest in the Colfax cemetery close to her family. The family requests masks be worn for both the visitation and funeral services. Memorials may be directed to the family. Online condolences may be made by visiting www.abelsfuneralhomes.com

DeLoris Ruthaleen Eilers was born on June 19, 1934 in Holland, Iowa to Dick and Fannie (Andreessen) Claassen. DeLoris attended Colfax #5 country school in rural Holland, Iowa. In her younger days, DeLoris loved roller-skating at the Black Hawk Roller Drome and working at the Grundy Grill Café. DeLoris married Kenny Eilers in 1959. They later moved back to the family farm north of Holland where they farmed and raised 3 children (and the occasional niece and nephew.) They later divorced.

DeLoris loved being on outside “The Farm” milking cows, raising chickens and dogs, gardening, mowing and canning. She always said those were her best days. She loved having company, cats, dogs, kids, drinking strong coffee, and driving fast.  She later worked for various jobs including the Grundy Care Center, retiring from Fredrick Furniture.  She was able to visit many those days-gone-by in her last year due to her dementia.

DeLoris is survived by her 3 children; Debra/JoAnn (Tom) Schell of Starke, Florida, Shelly Crosley of Holland, and Steven Eilers of Waterloo; three grandchildren; Lindsey Schell (Jeff) Atkinson of Florida, Emily Crosley of Holland, Alex (Becca) Crosley of Parkersburg; one great-grandchild; Carson Hovenga; a brother-in-law, Wayne Eilers and wife Judy, and two sisters-in-law Adele Pruin and Joyce Van Deest; and many nieces and nephews and their families.

She was greeted at Heaven’s door by her parents; (Opa and Granny), two sisters; Laurayne Meyer and Darlyne Larsen and a brother; Clarence Claassen, and a son-in-law: Walter Crosley III.

To order memorial trees or send flowers to the family in memory of DeLoris Eilers, please visit our flower store.