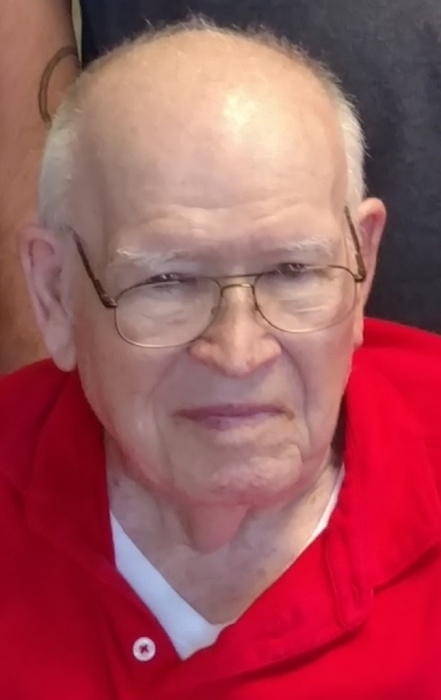 Dean M. Sorensen, 89, of Grundy Center and formerly of Morrison, Iowa died Friday, May 25, 2018 at Creekside Senior Living in Grundy Center, Iowa.  A visitation for Dean will be held from 5:00 p.m. to 7:00 p.m. on Tuesday, May 29, 2018 at the French-Hand Funeral Home in Reinbeck, Iowa. A funeral service will be held at 2:00 p.m. on Wednesday, May 30, 2018 at French-Hand Funeral Home in Reinbeck with visitation resuming one hour before the service.  A private family burial will be held at a later date at Washington Township Cemetery in Morrison, Iowa.

Dean Melvin Sorensen, son of Orle and Mildred (Chase) Sorensen was born on January 29, 1929 in Charles City, Iowa.  Dean spent his early years in Cedar Falls and then moved with his family to a farm near Stout.  He graduated from Dike High School and then attended one year at Bates Business College.  On November 30, 1951, Dean entered the United States Marine Corp. where he honorably served during the Korean War.  Following his discharge, Dean married Mary Jo Thompson.  The couple later divorced.  On October 24, 1962 Dean was united in marriage to Delpha Marie Rice in Waverly, Iowa.  The couple resided in Waterloo until 1978 when they moved to Morrison.  Dean worked for Rath Packaging for several years and then worked for over 29 years at John Deere in Waterloo until his retirement.  Dean also worked for P.C.I. in Reinbeck for 8 years.  Dean enjoyed western movies, hunting, fishing, camping and tinkering in his garage.

In addition to his parents, he was also preceded in death by his brothers, Gordon and Wendell Sorensen; and his sister, Normoline Sorensen.

To order memorial trees or send flowers to the family in memory of Dean Sorensen, please visit our flower store.