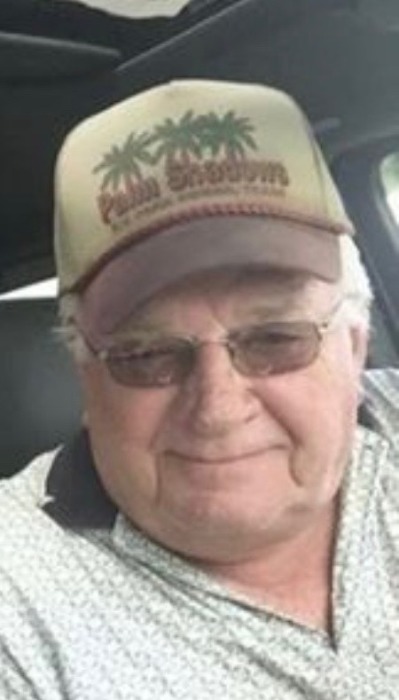 David R. “Dick” Morgan, 78, of Eldora, passed away unexpectedly at his home on Monday, October 22, 2018. A Mass of Christian Burial will be held on Monday, October 29th at 11:00 AM at St. Mary’s Catholic Church in Eldora, with visitation from 9:30 AM until the time of service at the church. Inurnment will follow at St. Mary’s Catholic Cemetery in Eldora. Memorials may be directed to the family and messages of condolence may be left at www.abelsfuneralhomes.com

Dick was born on October 22, 1940 in Clarion, IA, the son of Welby “Wop” & Burmah “Bum” (Crecelius) Morgan. Dick and his family lived a short time in Clarion, before moving to rural Eldora, which started the family’s lifelong farming career. He attended school through the 12th grade, graduating from Union-Whitten High School in 1959. After high school, Dick enlisted in the United States Navy and served honorably from 1961 until 1965. On May 11, 1963, Dick was united in marriage to Catherine Snider in Jersey City, NJ. The couple welcomed 4 children into their family.

Dick was a lifelong farmer, continuing his family’s business, where he was privileged to be able to work every day, alongside his son, David Jr. Together they crop farmed and raised beef cattle.

He was a member of St. Mary’s Catholic Church in Eldora, was a member of the American Legion Walter-Sayer Post #182 and the V.F.W. Roll-Harless #3974, and was also a former Knights of Columbus member.

Dick enjoyed traveling with his wife Cathy in their camper, wintering in both Florida and Texas but in their younger years, Dick enjoyed summer vacations with his wife and kids. He would take them to just about every state, spending weeks camping and enjoying the outdoors. He and his wife enjoyed the company of friends and family, being social and having lots of fun and laughter.

He was a very hardworking man, providing a comfortable life for his family. He and Cathy were the example of how a marriage should be, loving and respectful of one another. Dick taught his children many life lessons, those which they could take with them and show their own children. Some would say Dick was ‘gruff’ on the outside, but he was a sweet and soft hearted man, a man his family will miss terribly but there is comfort in knowing he is now reunited with family members that have gone before him, especially the love of his life, his wife Cathy.

Dick’s family would also like to invite you to join them in a Celebration of Life at 4:00 PM on Monday, October 29th at the South Hardin Recreation Area, 601 Chapin Street, in Union.

To order memorial trees or send flowers to the family in memory of David "Dick" Morgan, please visit our flower store.
Open