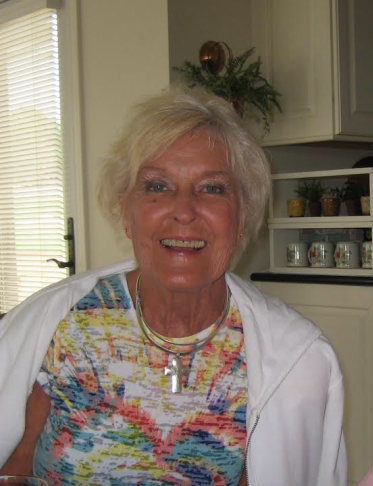 Darlene was born on July 16, 1938, on a farm near Parkersburg, to her parents William and Grace (Muller) Willms.  She and her family grew up in the Dike area, where she attended school and later graduated with the class of 1956.  After high school, Darlene attended the joint nursing program at Broadlawns Hospital and Drake University, where she received her License in Practical Nursing.  On December 27, 1958, Darlene was united in marriage to Charles “Chuck” Smoldt at the First Baptist Church in Grundy Center. The couple then made their home in Alburnett, Iowa.  While in Alburnett, Darlene and Chuck welcomed daughter Cynthia and son David into their family.  The couple later relocated to Monticello, Iowa where Darlene worked as a dietician.

In 1966, Darlene and the family moved back to Chuck’s family farm in Grundy Center.  She worked many years as a homemaker in addition to working alongside her husband on the family farm.  Darlene assisted with the day-to-day operations, whether it be helping with transportation or fixing meals! She was a staple to the farming operation.  In 1985, Darlene returned to work in healthcare for Dr. Lantz in Waterloo. Later she began her job with EMSI, which specialized in insurance physicals and drug testing.  Darlene became general manager of EMSI and retired in 2000, at the age of 62.

Darlene was a member of the First Baptist Church of Grundy Center. She was very involved at her church leading several bible studies, teaching Sunday school classes, singing in the choir as well as a women’s trio. She was also a member of PEO and was active in the Christian Women’s Club.  She enjoyed flowers, landscaping, interior decorating and she loved to host social gatherings for her family and friends. Darlene was also known for selling turquoise and coral pieces of jewelry, after a trip to New Mexico peaked many local people’s interest in the beautiful pieces she wore. Most importantly, her family came first. She loved spending time with her children and grandchildren and attended many of their activities.  Darlene was upbeat, happy and always had a smile on her face. She is now smiling down on all of those she loved, and leaves behind.

To order memorial trees or send flowers to the family in memory of Darlene Smoldt, please visit our flower store.
Open