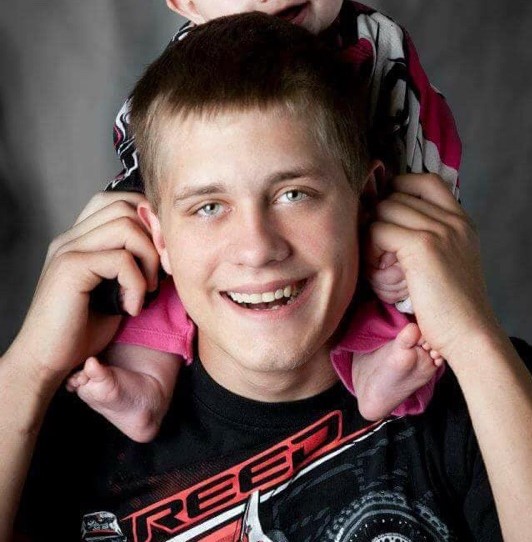 Cory David Clubine, 23, of Traer, formerly of Lincoln, passed away at his home on Friday, February 9, 2018. Family directed services will be held. Memorials may be directed to the family and online messages of condolence may be left for the family at www.abelsfuneralhomes.com

Cory was born on April 17, 1994 in Waterloo, Iowa, to his parents David & Stacey (Nicholl) Clubine. He and his family grew up in the Lincoln area. He attended Gladbrook-Reinbeck Schools. After high school, Cory began work as a mechanic working at various places and was most recently employed with Iowa Premium Beef.

He enjoyed football and wrestling and his favorite teams were the Iowa State Cyclones and the Dallas Cowboys. When Cory wasn’t working, he still enjoyed keeping busy with mechanics. Cory’s true pride and joy was spending time with his daughter Paige. Although Cory’s life was tragically cut too short, his legacy will live on through his friends and family and his beloved daughter Paige.

To order memorial trees or send flowers to the family in memory of Cory Clubine, please visit our flower store.