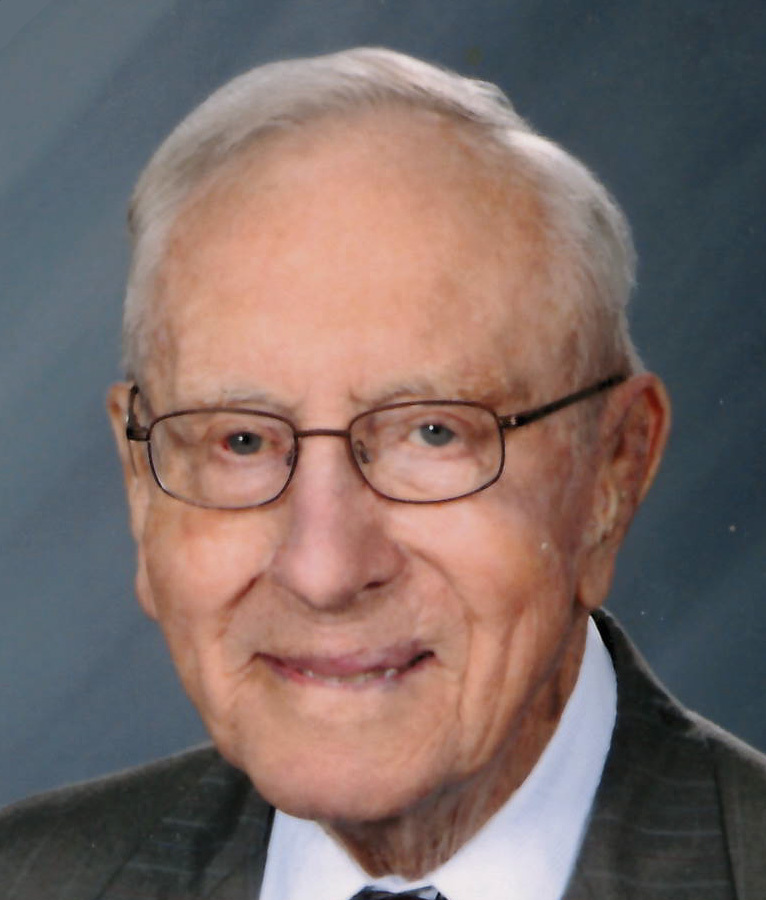 Cornelius Alvin Schmitt was born to Samuel and Cornelia (Dieken) Schmitt on July 11th, 1921, in rural Grundy County. He was raised and educated in the area, graduating from the Dike community school district with the class of 1939. Corny continued his education at the Iowa State Teachers College in Cedar Falls, Iowa, earning his teaching certificate. Following his education, Cornelius taught in a rural schoolhouse for a year. On January 22nd, 1942, Cornelius and Johanna Josephine Meester were united in marriage in the parsonage at Pleasant Valley. Together the family made their home on a farm in rural Dike to raise their family. Cornelius then vested himself into farming. Corny also worked as a school bus driver for the Dike school district, and as a surveyor for the Department of Agriculture. Cornelius and Johanna loved Square Dancing. For 30 years, they would travel across the country attending Square Dancing conventions. Following their retirement in 1984, Corny and Johanna would travel throughout the United States as well as to Europe and Israel. The two would eventually begin spending their winters in Florida, taking long walks together. Corny was a member of the Pleasant Valley Church-where he was an Elder and taught Sunday School for over 40 years. He was also a member of the Dike Lions Club.