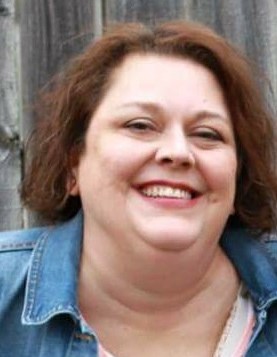 Christina “Christi” Kane, 42, of Gifford, Iowa entered into eternal rest on Friday, November 24, 2017 at Saint Mary’s Hospital in Rochester, Minnesota.  A funeral service for Christi will be held at 10:30 a.m. on Wednesday, November 29, 2017 at the Eldora United Methodist Church with Rev. Allen C. Craft officiating.  Burial will follow at the Eldora City Cemetery.  A visitation will be held from 5:00 p.m. to 8:00 p.m. on Tuesday, November 28, 2017 at Creps-Abels Funeral Home in Eldora.  Christi would be pleased if you would wear something Iowa State to her visitation as she was a huge fan!

Christina Lynne Martin, daughter of Roger and Judy (Dickenson) Martin was born on October 6, 1975 in Eldora, Iowa.  She received her education from the Eldora Community Schools, graduating from Eldora-New Providence High School in 1994.  Christi attended Iowa State University and the University of Northern Iowa before graduating from Buena Vista University at the Ellsworth Community College Campus, with a Bachelor’s Degree in Business Administration.   On October 19, 2002 she married Nathanial James Kane at the Eldora United Methodist Church.  Christi worked in customer service for the Hardin County Savings Bank in Eldora, First National Bank in Ames and the Ackley State Bank in Ackley.  Most recently she was employed at Greenbelt Home Care in Eldora, as an office assistant.  Christi enjoyed reading, knitting, hobbies and crafts, as well as painting.

Memorials may be directed to the family in memory of Christi.

To order memorial trees or send flowers to the family in memory of Christina Kane, please visit our flower store.