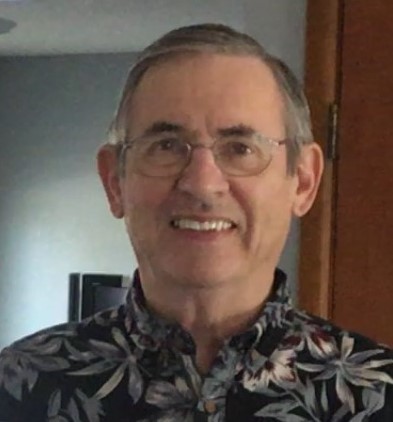 Charles C. “Chuck” Carney, 77, of Eldora, Iowa, formerly of San Marcos, California; passed away on Monday, March 29, 2021 at his home in Eldora while under the care of Cedar Valley Hospice and his loving wife Mary. A private service will be held at a later date. Memorials may be directed to the family.

Chuck was born on April 11, 1943 in Rochester, Minnesota to his parents Charles and Dorothy (Bigelow) Carney. At the age of 5 he moved to Ames with his parents and then they relocated to Marion, Iowa, where he graduated from High School. Chuck then went on to earn his Bachelor of Science Degree in Engineering, from Iowa State University.  Chuck was united in marriage to Mary Bell on September 23, 1967 at the Methodist Church on the campus of Iowa State University.

The majority of his career was spent working at MTS Systems in Minneapolis. While working there he was responsible for opening trade for MTS with Hong Kong and Beijing, China. Later, MTS allowed Chuck to take over a section of the business, break off and begin his own business called Vektronics, which he sold in 2000. He later retired in 2014.

Chuck was an avid Iowa State and San Diego Chargers fan, he enjoyed traveling the world, river rafting, hiking, golfing, playing pool and snooker, skiing, home improvements including inventing his own robot to take out the trash. He also played the banjo and guitar and was a member of Mensa.

Chuck is survived by his beloved wife of almost 54 years; bothers Jim (BJ) Carney and Mike (Katherine) Carney; sisters Carol (Jim) Clark and Cindy (Maurice) Shnaider; many nieces and nephews and grand nieces and nephews. Chuck was a great gentleman and made everyone he met feel like the most important person in the room. He will be missed and long remembered by all of his family and friends. He is preceded in death by his parents.

To order memorial trees or send flowers to the family in memory of Charles Carney, please visit our flower store.