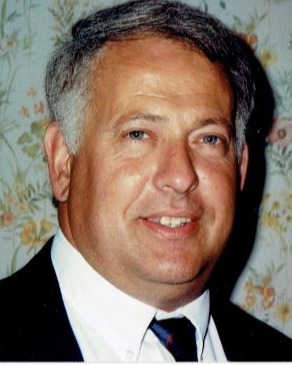 Cecil F Rooks “Ike” was born in Polk City, Iowa, to Ruby and Cecil Rooks on September 22nd, 1946, passed away on December 11, 2022 at the Israel Family Hospice House in Ames, Iowa. Ike grew up in Eldora; he was active in 4-H and Boy Scouts. When he was young, Ike developed a love for the great outdoors; he loved fishing and hunting. After school time was spent working on the Rooks farm or at Rooks Implement.  He graduated from Eldora High School in 1964.  He attended Ellsworth College. For two summers Ike worked for the California Forestry Department as a firefighter.

In 1969 he was united in marriage to Peggy Sanders.  To this union one child was born Michael Lee. Throughout the years he had a special affection for dogs and cats. He had many hobbies such as hunting, fishing, and boating, and Ike was a self-proclaimed grill master. He loved spending time with family. His granddaughters were very special to him.

Ike was always interested in cars; one of his first jobs was selling cars. He traveled throughout the United States drag racing. He was not only a driver but he was a pretty good mechanic as well. He made many friends while racing and was well respected by all of his competitors.  Ike was a born salesman and negotiator.  In addition to selling cars, he bought and sold livestock for a number of years.  For over 25 years he had been a Broker for Eldora Iowa Realty, in 2021 he was top salesman of the year for Iowa Realty. He was known for his honesty and integrity in the real estate community.

Ike is survived by his wife Peggy and son Michael “Jessica”, three granddaughters Grace, Emerson and Olivia of Papillion, Nebraska, brother Robert “Marlana” of Gabriola Island, British Columbia, sister Robin Hyland “Marc” of Grimes, Iowa and brother in law Elwin Tritle and many nieces and nephews.  Ike was preceded in death by his parents, brother John and sister Donna Tritle.

Visitation is on Monday, December 19, 2022, from 5 to 7pm, at the Creps Abels Funeral Home in Eldora, IA, the interment will be at a later date.

To order memorial trees or send flowers to the family in memory of Cecil "Ike" Rooks, please visit our flower store.