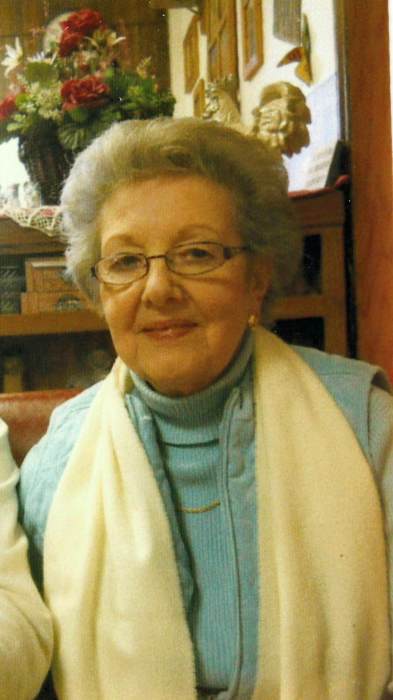 Catherine E. Zmolek, 88, of Reinbeck, Iowa, entered eternity with her Lord and Savior on May 10, 2019, at the Grundy County Memorial Hospital, while under the care of Cedar Valley Hospice and surrounded by her family. Visitation will be held from 5:00 p.m. until 7:00 p.m. on Monday, May 13, 2019 at the Abels Funeral and Cremation Service, French-Hand Chapel in Reinbeck. A funeral service will be held at 11:00 a.m. on Tuesday, May 14, 2019 at the New Life Church in Reinbeck. Burial will be held privately at Reinbeck Cemetery. Memorials may be directed to: Progressive Industries (Autism) Foundation, 202 N. 3rd Ave. W, Newton, Iowa, 50208; or Cedar Valley Hospice.

Catherine was born on September 6, 1930 to Burton and LaRoka Whalin in Toledo, Iowa. She grew up attending school in the local one-room schoolhouse. She married Edward Sieh in 1949 and had three children, Kerry, Rodger, and Carene. They later divorced. Catherine was then married to Von Dexter for 35 years, living in both Iowa and California. Following his death, in 1996, she married Leon Zmolek of Newton, Iowa, and made her home there.

Catherine, or “Grandma D,” as she was known by her grandchildren and many others, enjoyed creating hardanger doilies, tablecloths and napkins. She also loved knitting, and her prized,handmade sweaters sold for hundreds of dollars over the years. She is remembered for her delicious pies, welcoming hugs and hand squeezes, and fervent prayers.

Her life is celebrated by those who remain here on Earth, her children, Kerry (Kemp) of Singapore, Rodger (Teresa) of Anaheim Hills, CA, and Carene (Lon) Larsen of Reinbeck. She is also survived by her brother, George (Gail) Whalin, of Mendenhall, MS; nine grandchildren; 20 great-grandchildren; several step-children and step-grandchildren. Catherine was preceded in death by her parents; husband, Leon Zmolek; and sister and brother-in-law Jack & Dorothy Vest.

To order memorial trees or send flowers to the family in memory of Catherine Zmolek, please visit our flower store.