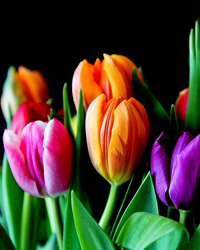 Carol Lynn Duerr, 70, of Eldora, Iowa went home to be with her heavenly Father on Tuesday, June 26, 2018 at the Eldora Specialty Care in Eldora, Iowa. Memorial visitation will be held from 2:00 p.m. until 4:00 p.m. on Sunday, July 1, 2018 at the Creps-Abels Funeral Home in Eldora. A memorial service will be held at 2:00 p.m. on Monday, July 2, 2018 at the St. Paul Lutheran Church in Eldora. Inurnment will follow the memorial service at the Eldora City Cemetery Memorial Garden. Memorials may be directed to the family.

Carol was born on August 18, 1947 in Fort Dodge, Iowa to her parents Wesley and Nellie (Larsen) Brown. She was raised in Eagle Grove and graduated from Eagle Grove High School in the class of 1965. She graduated from Eagle Grove Junior College and then went on to earn her Bachelor’s Degree in Education from the University of Northern Iowa in 1969. She worked as an elementary school teacher at the Hampton Community School and then the Eldora-New Providence School, retiring in 1999.

Carol was a long-time member of the St. Paul Lutheran Church in Eldora. There she served the church as a Sunday school teacher for many years. She also taught Vacation Bible School and bible study. Carol was instrumental in the organization of the Good Shepherd Preschool and taught there for seven years. Carol also served the community as a member of the library board and she and her husband helped for many years at the Hardin County Farm Museum. However, her true joy in life came from teaching and interacting with her students. Carol will be loved, missed and long remembered by her nieces, nephews and family.

Carol is survived by her husband Darold Duerr of Eldora, IA; siblings Thomas (Linda) Brown of Yucca Valley, CA, Michael (JoAnne) Brown of Springfield, MO, Janice (Jim) Fankhauser of Renwick, IA and James (Kim) Brown of Eagle Grove, IA; and many nieces and nephews. She was preceded in death by her parents and a sister Carolyn Brown in infancy.

To order memorial trees or send flowers to the family in memory of Carol Duerr, please visit our flower store.