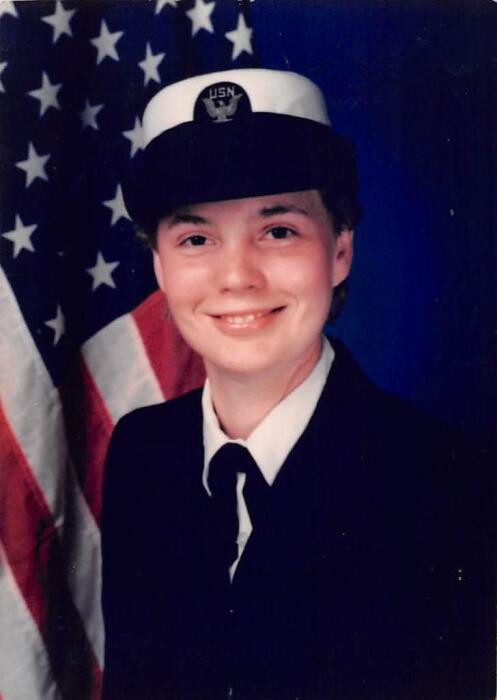 Brenda Lea Jones, 51, of Eldora, passed away on Wednesday, June 17, 2020, at the Iowa City Veterans Hospital of natural causes. Due to the COVID-19 pandemic, social distancing will be requested, and reasonable safety measures abided by. Visitation will be held on Wednesday, June 24, from 5-8 PM with 5-6 PM reserved for the elderly at Englkes-Chapel in Grundy Center. A funeral service will be held on Thursday, June 25 at 10:30 AM at Engelkes-Chapel in Grundy Center with Reverend Joel Love officiating; visitation will resume from the evening prior at 9 AM on Thursday. Interment will take place at Washington Township Cemetery outside of Morrison with military honors performed by the Grundy Center American Legion Post #349 and AMVETS Post #17. Memorials may be directed to Cedar Bend Humane Society or to the Animal Rescue League of Marshalltown. Abels Funeral and Cremation Service, Engelkes-Chapel is caring for Brenda and her family. Online messages of condolences may be made at www.abelsfuneralhomes.com.

Brenda Lea Jones (Peterson) was born on July 31, 1968, in La Crosse, Wisconsin, to her parents Eugene and Sandra (Nieman) Peterson. She was raised in Wisconsin and eventually moved to Washington State with her family. Brenda graduated from Lincoln High School in Tacoma, Washington, graduating with the class of 1987. Upon graduation, Brenda decided to follow her father’s footsteps and enlisted in the United States Navy shortly after graduation; she served her country honorably and was discharged in 1991. Brenda was married to Mark Kuster and they welcomed their daughter BriAnna into their family. She attended community college and achieved her degree, working as a CNA for many years amongst some other occupations. Brenda and Mark would later divorce; she then met the love of her life, James Jones, through a mutual friend and dating website. They were married on February 14, 2013, and Jim brought Brenda back to Iowa from Illinois and they made their home on an acreage outside of Dike, later moving to their current residence outside of Eldora.

Brenda loved living on the acreage and helping Jim with all the farm chores, feeding the hogs and animals that she had rescued from the shelter. She could be found lost in a good book, especially the Little House on the Prairie series. Brenda deeply cherished spending her time with her friends and family and she enjoyed keeping busy with crafts including sewing and plastic canvasing. In October 2019 Brenda moved her mom and best friend to live with them on the acreage. Brenda will be missed dearly by those that knew and held her dear.

She is survived by her loving husband: Jim of Eldora; parents Eugene Peterson and Sandra Peterson; children BriAnna (Andrew Nelson) Kuster, Tracy (Jennifer) Jones, Emily (Ben) Durham and Aaron (Ashley) Schildroth; grandchildren Beckett Durham, Reese, Wyatt, and Charlee Schildroth; brothers Jim (Barb) Lindstrom, Kory (Penny) Peterson, and Erin (Ann) Peterson; nieces and nephews Miranda, Shelby, Sebastian, Samuel and Zoe Peterson; great-nieces and nephews Lily, Karter, Ryker and Mia Peterson; many other nephews and nieces as well as great-nephews and nieces, too numerous to mention but Brenda dearly loved each and every one of them. She was preceded in death by her grandparents and infant sister Pamela.

To order memorial trees or send flowers to the family in memory of Brenda Jones, please visit our flower store.