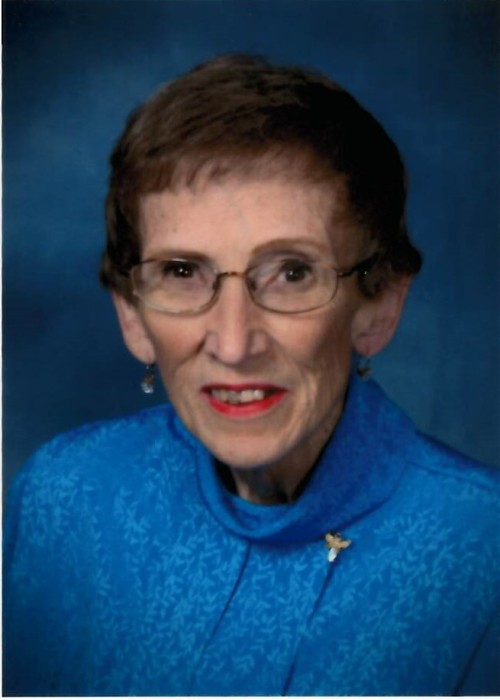 Beverly Ladd, 76, of Reinbeck, passed away on Sunday, October 22, 2017 at the Grundy Care Center to natural causes. A visitation and celebration of life will be held Friday, October 27, 2017 at French-Hand Funeral Home in Reinbeck from 5-8PM. A memorial service will be held on Saturday, October 28, 2017 at the First Presbyterian Church in Reinbeck at 10:30A M with visitation starting prior at 9AM. A committal service will follow the memorial service at the Reinbeck City cemetery. French-Hand Funeral Home is taking care of Beverly and her family. Memorials may be made to the family.

Beverly was born on December 27, 1940 in Grundy Center, IA, the daughter of Merle and LaWaynna (Wrage) Claussen. Beverly attended school in Dinsdale graduating with the class of 1960. Beverly was united in marriage to Wayne Ladd on February 13, 1960 in Lancaster, Missouri. Beverly spent her life cooking, most notably at the Highway Café. Beverly also ran a daycare from her home. Beverly was known for sending cards to her immediate and extended family and friends on birthdays, holidays, and notable occasions. Many people received and enjoyed her cards and no matter how many she had to send, they usually made them on time. Beverly also enjoyed spending her time volunteering at the nursing home and playing bingo. Beverly was a proud member of the First Presbyterian Church of Reinbeck where she volunteered regularly and was a Sunday school teacher.

To order memorial trees or send flowers to the family in memory of Beverly Ladd, please visit our flower store.