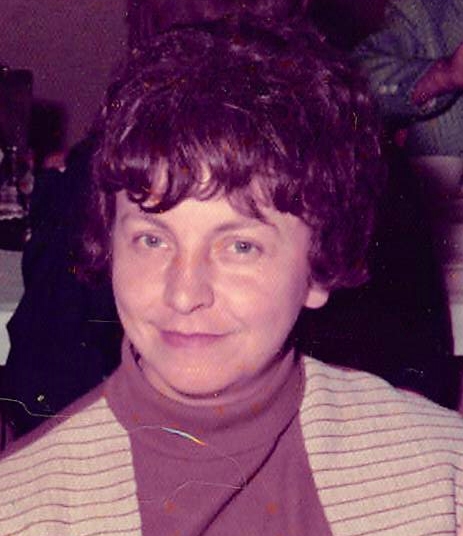 Beulahbelle “Beulah” Zielske, 88, of Iowa Falls, formerly of Eldora, passed away on Tuesday, April 17, 2018 at the Scenic Manor Nursing Home in Iowa Falls. Visitation for Beulah will be held on Sunday, April 22nd from 4:00 PM to 6:00 PM at the Creps-Abels Funeral Home in Eldora. The funeral service will be held on Monday, April 23rd at 10:30 AM at the St. Paul Lutheran Church in Eldora with Pastor David Splett officiating. Burial will follow the funeral service at the Eldora City Cemetery. Memorials may be directed to the family.

Beulah was born May 15, 1929 at the University of Iowa Hospitals in Iowa City, IA, the daughter of Eilert H. & Annabell (Crosser) Eckhoff. She attended the Eldora Public School, graduating with the Class of 1947.  On June 1, 1947, she started working as a stenographer for E. H. Lundy in the Law Firm of Lundy, Butler and Lundy. In September of 1947, she became secretary for attorney John. L. Butler and was employed in the law office for 6 ½ years.

On August 21, 1953, she was married at the Little Brown Church in Nashua, IA to William C. Zielske of Steamboat Rock. They became parents of two children, a daughter Carol Ann and a son, Clark Douglas.

While her children were growing up, Beulah worked part-time at Infant Seat in Eldora and also at the Farmers Savings Bank in Steamboat Rock doing income tax work. In 1962, Beulah was employed as Society Editor for the Eldora Newspaper and wrote a ‘cooking’ column, “The Mixing Bowl.” In 1967, she transferred to the position of Bookkeeper at the Herald Index Publishing Company, retiring June 30, 1994, after working there 32 years.

Beulah was a member at St. Paul Lutheran Church in Eldora and also the Lutheran Study Guild. She was a member of the Hardin-Marshall Mental Health Board for 6 ½ years-serving one year as secretary. She has also served on the Hardin County Mental Health Advisory Board since its formation, serving as chairperson in 2006. Beulah has assisted monthly with crafts at the Friendship Club in Iowa Falls and has served on the board since its formation.

To order memorial trees or send flowers to the family in memory of Beulahbelle Zielske, please visit our flower store.