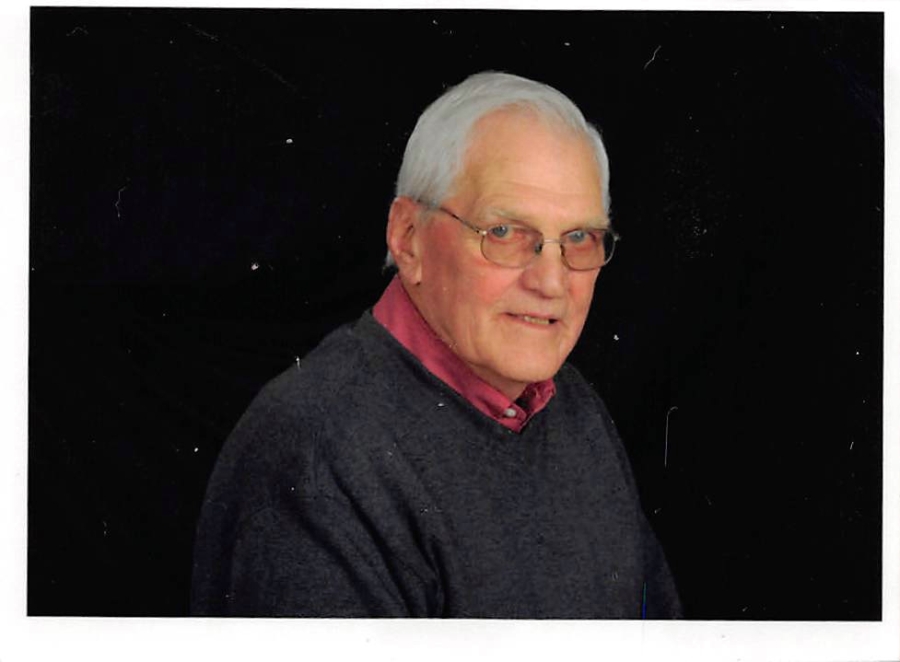 Ben Theodore Van Hove, 86, of Steamboat Rock, Iowa, passed away on the morning of Monday, October 12, 2020 at Mary Greeley Hospital.

Public graveside services for Ben will be held on Thursday, October 15, 2020, at 1:30 PM at Steamboat Rock cemetery located in Steamboat Rock, Iowa with Pastor Lynn Arends officiating.  There is be no visitation prior to the graveside service. Memorial contributions may be directed in Ben’s name to either the Presbyterian Church and/or Steamboat Rock’s library.  For further information or to send a condolence please visit www.abelsfuneralhomes.com.

Ben Theodore Van Hove was born on November 25, 1933 on the farm near Ackley, Iowa, the son of Jim and Nellie (Wubbena) Van Hove.  Ben was raised and educated in the Ackley area where he attended school growing up.  He served his Country honorably dedicating two years of his life to the United States Army.

Ben was united in marriage to Wilhelmina VanderHolt on August 5, 1955 in East Freisland, Iowa.  From this union two children were born: Shirlee and Lori.  He was a hardworking man always providing for his family.  Ben drove trucks for many different companies, worked at a Green Belt elevator for 15 years and also worked as a city man for over 10 years.  He was extremely proud of his services as a volunteer fireman where he dedicated over 50 years of his service.  Ben also enjoyed flipping pancakes at the boat club in Steamboat at the breakfast gatherings on Sundays.

He is preceded in death by his loving wife, Wilhelmina and his parents: Jim and Nellie Van Hove.

To order memorial trees or send flowers to the family in memory of Ben Van Hove, please visit our flower store.