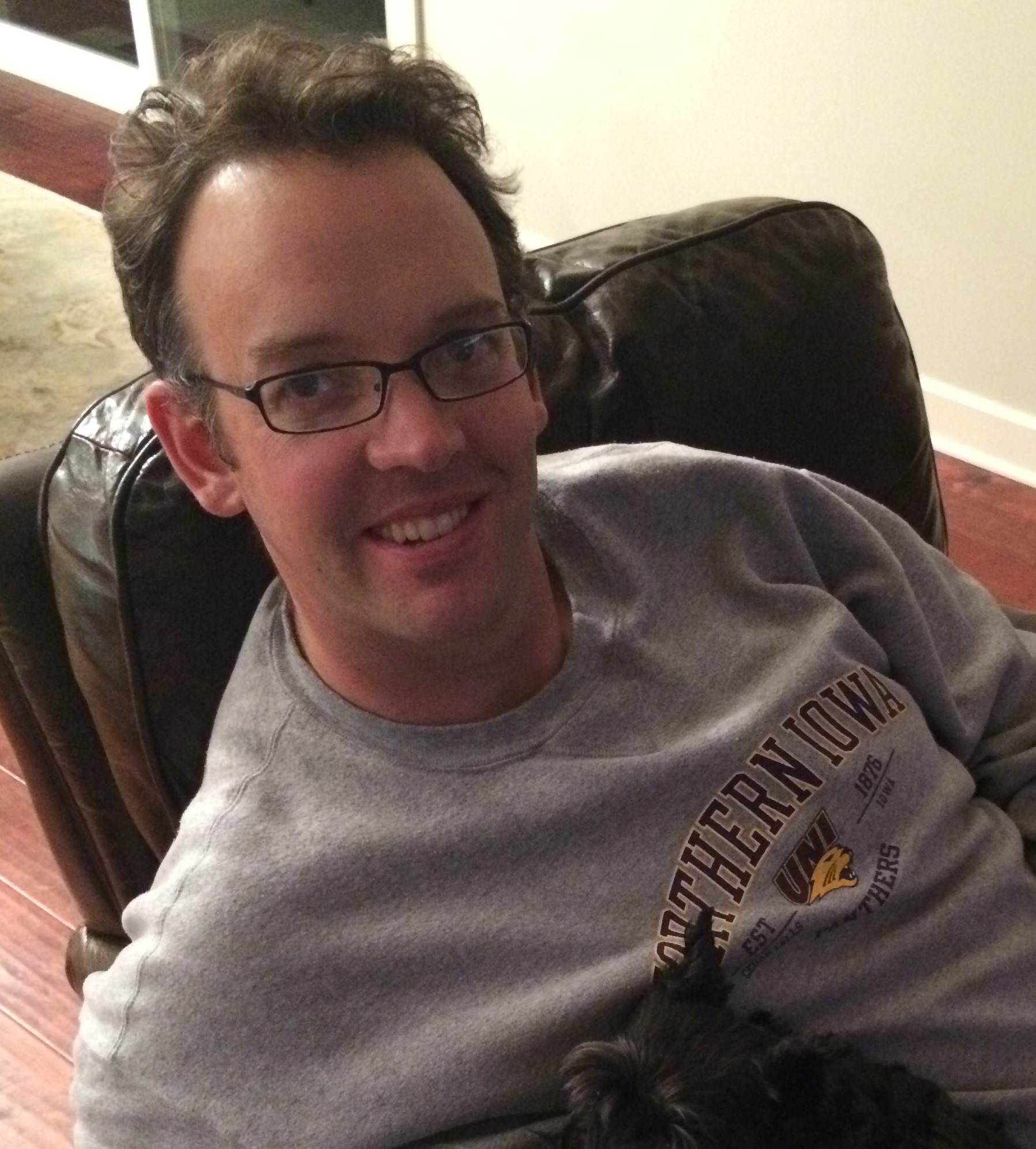 Aaron was born on November 14, 1977 in Waterloo, Iowa, the son of Mark Buss and Jackie (Spain) Hager. Aaron graduated from Aplington-Parkersburg High School in the class of 1996. He then went on to earn his Bachelor's Degree from the University of Northern Iowa, where he also played four years of college football. Aaron worked for many years as an IT specialist both in Iowa and Minnesota. Aaron was united in marriage to his wife Kelly Sherburne on June 5, 1999 at the Bethel Reformed Church in Aplington, Iowa; together they welcomed two daughters into their family.

Aaron is survived by his parents Mark (Marilyn) Buss and Jackie (Bill) Hager; his grandparents John and Dixie Spain; his wife Kelly; his daughters Kennedy and Alexis; his brother Taylor (Brittany) Buss; and many nieces and nephews. He was preceded in death by his grandparents Esther Spain, Alfred and Lenora Buss; his uncles Gary Buss, Benny Buss and Gary Spain and his aunts Joyce Hinders and Bonnie Walters.
To order memorial trees or send flowers to the family in memory of Aaron Buss, please visit our flower store.