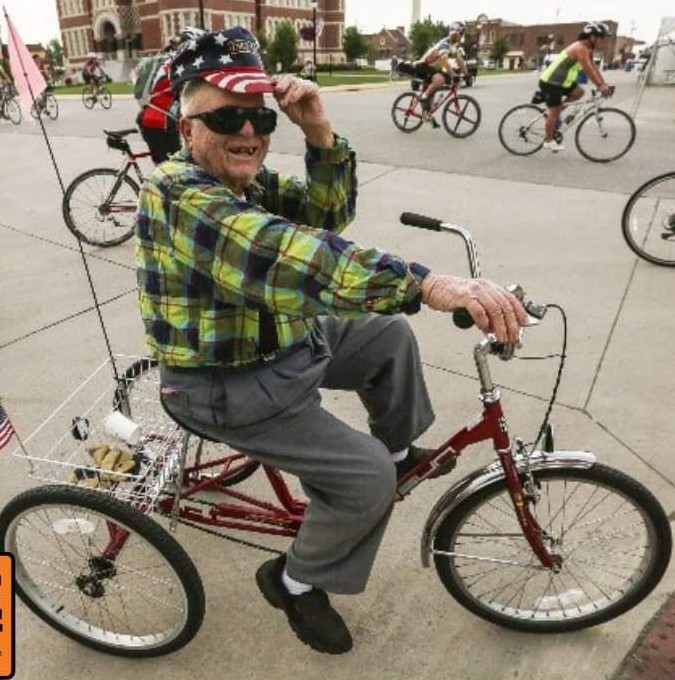 Raymond H. Schult, 98, of Eldora, passed away surrounded by loved ones on Tuesday, May 10, 2022, at Hubbard Care Center.

Ray was born in Scott County on the family farm on March 20, 1924, to Henry and Elsie (Heuer) Schult.  After graduating from high school, he attended the Iowa State Teacher’s College (Now UNI) and graduated with his teaching degree in biology and physical sciences.  He then moved to Plainview and began his teaching career in a one room schoolhouse.

In 1955, Ray married Marilyn “Joan” Simonsen and the two moved to Davenport where Ray continued to teach.  In 1956, they welcomed their first daughter, Valerie, to their union.  The family moved to Latimer, where they welcomed their second child, Joel, in 1958.  In 1960, they moved to Grinnell so Ray could teach there, and three more children were born: Hans in 1960, Jonathan in 1963, and Mari Beth in 1964.  The growing family then moved to Baxter for three years.  They then moved to Eldora where their last child, Jenna, was born in 1969, and where Ray taught at Conrad and Liscomb until his retirement.  The couple would divorce in the 1970’s and he would find new love later in life with Rose, whom he eloped close to the age of 80.

Ray always had summer jobs between his school years.  At the age of 60, Ray retired from teaching, but he went on to continue with his other jobs, including positions with Iowa DOT and Pillsbury.  He finally fully retired at the age of 80, but that didn’t stop him from pursuing the things he was most impassioned for.  Ray loved art and drawing, especially horses.  Ray’s love of horses came at the age of 12 and led him eventually to creating over 400 original drawings, some of which he accomplished as the self-proclaimed “Iowa Blind Artist”. He also had a team of his own draft horses that he would proudly take to private showings, parades within a two-hour radius, and anywhere else he could show them off.

Ray loved cars until he was no longer able to drive.  He then turned is passion toward bicycles.  He would ride 10 miles a day religiously until an accident sent him into rehab.  He loved going on walks and could identify all the plants and insects that he encountered.  He kept massive daily logs about the weather, important family dates such as birthdays, and other important numerical information.  Ray loved church, polka music, visiting, getting hugs, and spending time with his large family.

Ray was preceded in death by his wife, Rose; brothers: Lawrence, Chris, and Roger; his sister, Maxine; and his daughter-in-law, Lelong “Janet” Schult.

To order memorial trees or send flowers to the family in memory of Raymond Schult, please visit our flower store.