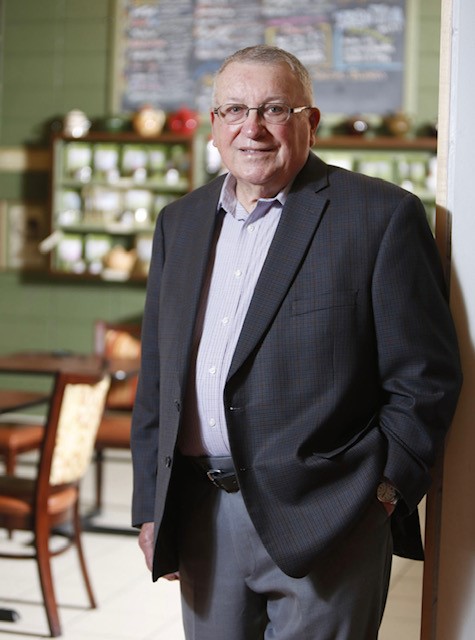 Gary L. Karkosh, 85, of Cedar Falls, Iowa, formerly of Reinbeck and Hudson, Iowa; passed away of natural causes on Tuesday, May 25, 2021 at MercyOne Medical Center formerly Sartori Memorial Hospital in Cedar Falls. A memorial visitation will be held on Monday, May 31, 2021 from 4:00 p.m. until 8:00 p.m.  at the family farm, 12416 Hicks Road in Hudson, Iowa. A visitation will be held on Tuesday, June 1, 2021 from 9:30 a.m. until time of funeral service at 10:30 a.m. at the Union Congregational United Church of Christ in Reinbeck. Burial will follow at the Reinbeck Cemetery. Memorials may be directed to the family which will then be distributed to the Reinbeck Day Care, the UCC of Reinbeck and the Western Home Foundation.

Gary was born on the family farm near Voorhies, Iowa, on September 10, 1935 to his parents Emil and Lizzie (Petersen) Karkosh. He graduated from Reinbeck High School in the class of 1953. Gary then went on to earn his degree in Farm Operations from Iowa State University. Gary was united in marriage to Marlys Podhajsky in 1958 and lived in Reinbeck. Gary worked for his aunt and uncle at Voorhies Grain, from there he went on to work at Quaker Oats in Cedar Rapids. He continued in feed work with Allied Mills in the Chicago area before returning to the family farm in 1973 and farming with his brother-in-law, Jared Owen, forming K & O Farms. They worked together for many years and in 1997, Gary retired from the daily activities of farming but remained very much engaged with the farm until the end.

In 1997 the couple moved from the farm into town and enjoyed traveling to such places as Hawaii, Australia, New Zealand, Ireland and several U.S. river cruises. Gary enjoyed fishing trips with his friends as well as playing cards, bicycling and gardening. He was also an avid Iowa State Cyclone fan. Gary’s true passion was farming but he also gave much back to his community. He served on the boards of the Lincoln Savings Bank, the Reinbeck Day Care, Westview, Western Home Foundation and Black Hawk Mutual Insurance. He was a member of the Lions Club, a charter member of ProFarmer and a Waterloo Cedar Falls Courier 8 Over 80 award recipient.

To order memorial trees or send flowers to the family in memory of Gary Karkosh, please visit our flower store.